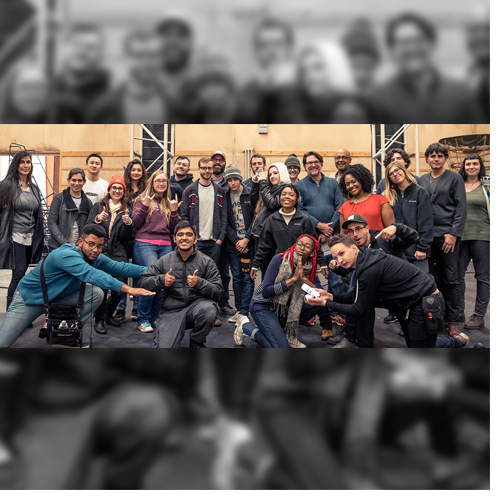 5 ways virtual reality is flipping the script on screenwriting

In slam poetry competitions, a poet’s performance begins the instant they address the audience, whether with words or their eyes. It’s an unspoken “in”—the indication that they’ve entered the poet’s world and are now along for the ride.

In UNCSA’s School of Filmmaking, “Slam,” a virtual reality poetry experience, has taken on a life of its own.

The short film is a collaboration between graduate screenwriting student Aja Cooper and faculty member Gary Tieche. The project presented a first for both of them—writing a script for virtual reality.