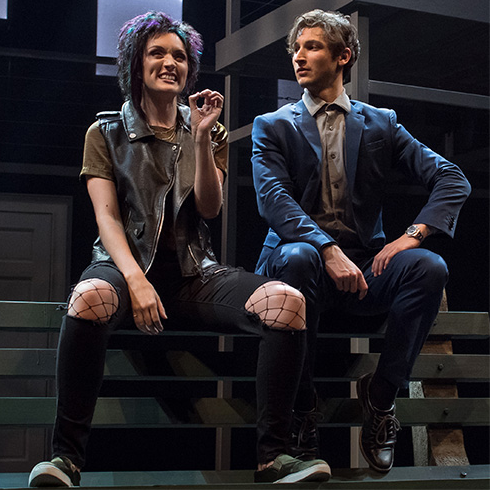 As you cruise down Interstate 40 towards Winston-Salem, a large sign welcomes you to “the city of arts and innovation.” With a relatively small population of 242,000, Winston-Salem might seem quiet at first glance—but the historic city is highly regarded for celebrating the arts.

The UNCSA School of Drama was recently ranked by The Hollywood Reporter as the No. 5 best undergraduate drama school for an acting degree, and is recognized for its “great track record for finding its grads agents and managers.” How does UNCSA’s location in Winston-Salem contribute to its distinction as one of the best acting schools? Alumnus Quin Gordon, the School of Drama’s Director of Recruitment, has some thoughts:

Many organizations in Winston-Salem are aligned with the interests of UNCSA student-artists: from the Reynolda House Museum of American Art, the Southeastern Center for Contemporary Art and the Sawtooth Center for Visual Art to the Peppercorn Theatre at Kaleideum—where arts and theatre appreciation are passed on to the city’s youth.

“Being in a small, livable city like Winston-Salem is really conducive to the work we do in the School of Drama,” says Gordon. “Our typical student’s day starts at 8 a.m. and runs until 11 p.m. or later—so there really isn’t time for much else other than conservatory training.”

In comparison to studying drama in larger cities like New York or Los Angeles, UNCSA students are able to focus on their art when it matters most and enjoy Winston-Salem’s many outlets to express or enjoy art during valuable down time.