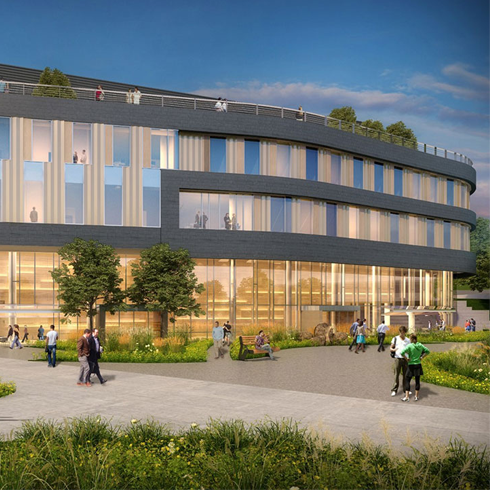 Although ground technically was broken last summer during preliminary site preparation for a facility to replace Western Carolina University’s outdated Natural Sciences Building, a ceremonial groundbreaking officially marking the beginning of construction on the Tom Apodaca Science Building is set for Friday, March 2.

The event will begin at 2 p.m. in the courtyard of Hunter Library, immediately adjacent to the construction site. A reception will follow.

In addition to the building’s namesake, participants are expected to include WCU officials, University of North Carolina System President Margaret Spellings, UNC Board of Governors Chair Lou Bissette and current and former state legislators.