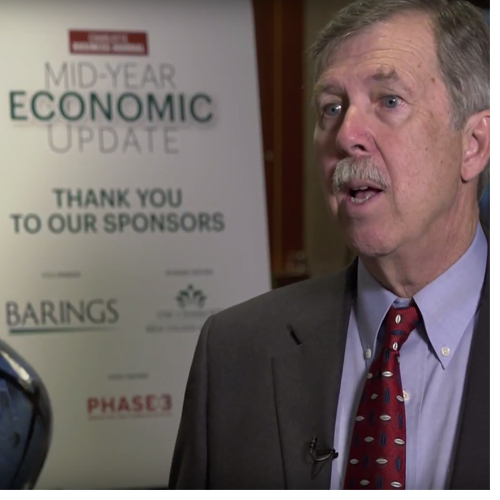 The North Carolina economy is expected to continue the slow growth pattern of the past eight years, according to UNC Charlotte economist John Connaughton.

In 2017, the North Carolina economy is expected to increase by an inflation-adjusted rate of 2.4 percent over the 2016 level, said the Belk College of Business professor during a Mid-Year Economic Update at the Ritz-Carlton, Charlotte.

Connaughton said there are several positive economic indicators that could continue into the foreseeable future, including the pattern of growth, low unemployment and strong consumer confidence.