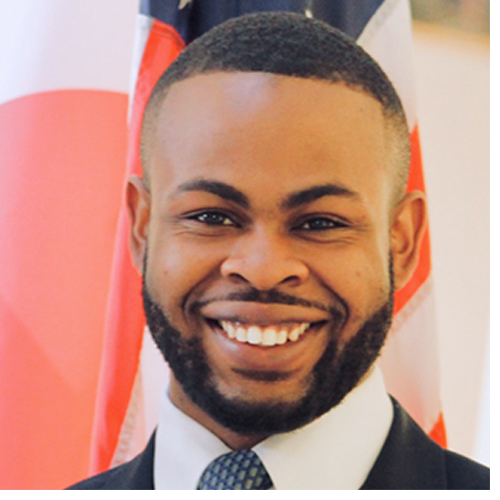 When Emmanuel Gbedee learned he was chosen to participate in the Congressional Black Caucus (CBC) Foundation’s Emerging Leaders Japan Exchange Program, his response was only two words.

Gbedee, a senior public relations student with a minor in political science at North Carolina Agricultural and Technical State University, applied for the 2018 Kakehashi Project after receiving an email from the Pre-Professional Scholars program.

“I’ve always wanted to do a study abroad trip during my undergrad career for the cultural experience aspect and to view the world from a different perspective,” he said. “I’ve had several friends who have done study abroad trips, and I just always thought it would be too expensive to even try.”

The Kakehashi Project, in partnership with the government of Japan (the Embassy of Japan, and the Japanese International Cultural Center) aims to increase African-American interest in and exposure to the Japanese culture. As a part of the project, Gbedee and his cohort spent eight days in Tokyo, Japan visiting cultural and historical landmarks, hearing lectures on U.S.-Japanese relations, visiting high-tech and traditional industries and spending one night with a Japanese host family.