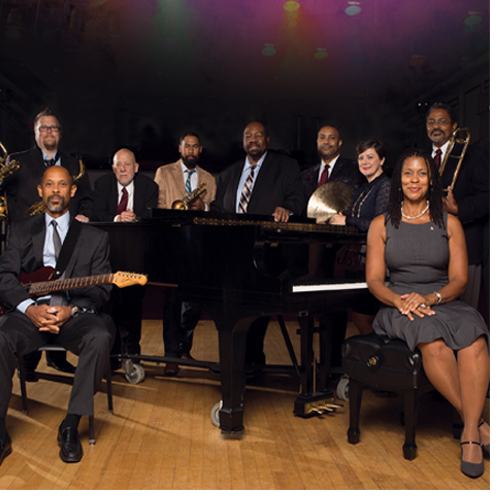 North Carolina Central University’s (NCCU) Vocal Jazz Ensemble and Department of Music assistant professor Lenora Helm Hammonds are on the preliminary ballot for the 60th Grammy Awards.  The ballot is the first stage in a two-part voting process.  Recordings selected to be nominated for a Grammy Award are determined by the votes cast in this first round of voting, which ended on October 29.

The NCCU Vocal Jazz Ensemble, which is comprised of a group of NCCU students, is included in the first-round ballot for Best Jazz Vocal Album for its 2017 release “Take Note.” Ira Wiggins, Ph.D., director of NCCU’s Jazz Studies Program and Helm Hammonds produced songs on the album which features covers by famed jazz artists including Thelonious Monk and Miles Davis and original songs from the Vocal Jazz Ensemble and vocalist Eve Cornelious.

“Rio Dawn,” a jazz album featuring performances by the Vocal Jazz Ensemble directed by Helm Hammonds, is on the preliminary ballot for Best Arrangement, Instrumental and Vocals. It includes musical selections with Department of Music instructor Ed Paolantonio and NCCU students playing the guitar, drums, string and electric bass.