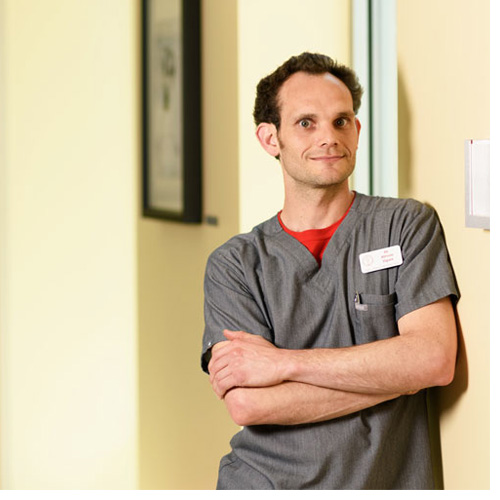 The power of plasmapheresis lies in its unequivocal speed.

For some canine diseases, such as the muscle weakness disorder myasthenia gravis, the exchange of plasma can work so quickly and so effectively that a dog who previously could not walk five steps a few hours before treatment can potentially run long distances on his own a few hours afterwards.

This can be the result after just two plasmapheresis treatment sessions lasting about an hour and a half and typically completed over two days.

This can be the result even in the face of a crisis, when a dog’s condition rapidly deteriorates over mere hours.

“The response can be nearly immediate,” said clinical assistant professor Alessio Vigani, who recently conducted a plasmapheresis therapy session at the NC State Veterinary Hospital. “And after the second session there’s usually a long-lasting response that can be maintained at home.”

Plasmapheresis isn’t just a therapeutic option; it’s a critical intervention. It’s not a cure, but it can save lives.