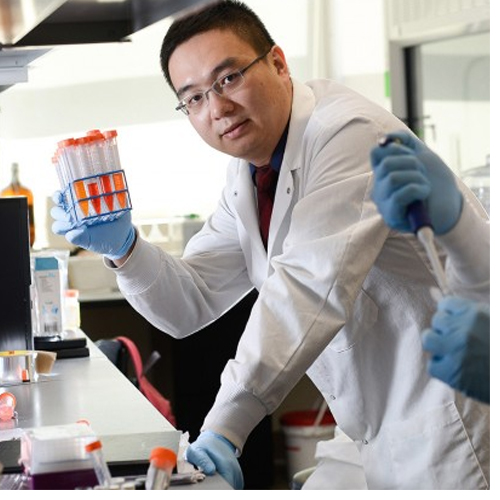 Scientists have devised a medicated skin patch that can turn energy-storing white fat into energy-burning brown fat locally while raising the body's overall metabolism. The patch, tested so far only in mice, could be used to burn off pockets of unwanted fat and treat metabolic disorders like obesity and diabetes, according to researchers at the University of North Carolina-Chapel Hill, NC State University, and Columbia University Medical Center.

The findings were published online in ACS Nano. The patch is not ready for human clinical trials.

Humans have two types of fat. White fat stores excess energy in large triglyceride droplets. Brown fat has smaller droplets and a high number of mitochondria that burn fat to produce heat. Newborns have a relative abundance of brown fat, which protects against exposure to cold temperatures. But by adulthood, most brown fat is lost.

For years, researchers have been searching for therapies to change an adult’s white fat into brown fat – a process called browning that can happen naturally when the body is exposed to cold temperatures – as a treatment for obesity and diabetes.

“There are several clinically available drugs that promote browning, but all must be given as pills or injections,” said study co-leader Li Qiang, PhD, assistant professor of pathology and cell biology at Columbia. “This exposes the whole body to the drugs, which can lead to side effects such as stomach upset, weight gain, and bone fractures.” This new skin patch appears to avoid these complications by delivering the drugs directly to fat tissue.