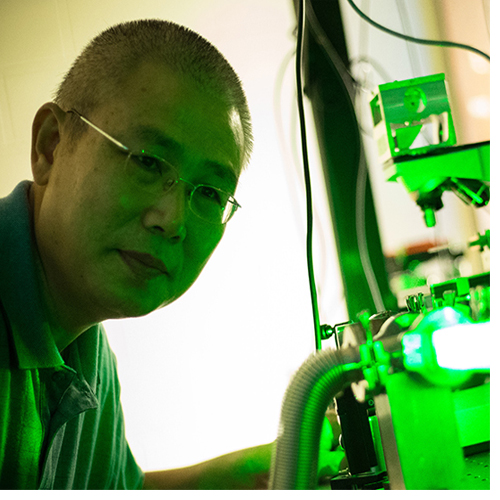 East Carolina University physics professor Dr. Yong-Qing Li and students in his lab have successfully pulled — not pushed — a particle for 10 meters, a distance 10 times greater than earlier experiments.

“The normal way of thinking is the laser will push the particle away due to the laser’s oscillation or the pressure,” Li said. “But what we’re doing here is … the particle will be pulled toward the laser beam.”

The idea of pulling particles with a laser, rather than pushing them, opens up new theoretical possibilities, Li said. If it can be achieved over longer distances, particles from space could be pulled in and captured for analysis. It might even be possible to lift particles from the surface of a planet without a landing craft.