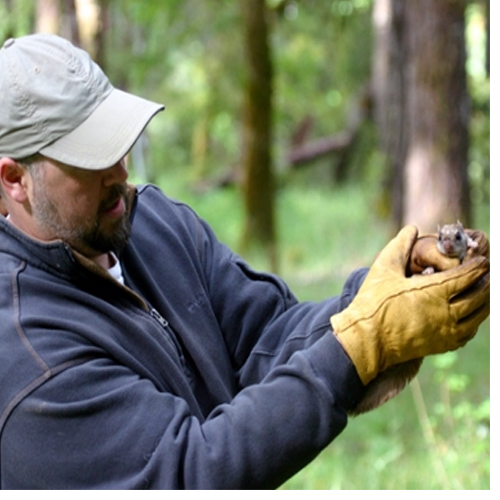 Research led by UNCW Associate Professor of Biology Brian Arbogast has resulted in the discovery of a new flying squirrel species.

Arbogast, in collaboration with a team of researchers including former UNCW graduate student, Katelyn Schumacher ’12M, analyzed the DNA of 185 flying squirrels from across North America. Analyses of the DNA verified that the northern flying squirrel is actually two distinct species – one that is widespread across northern North America, and a previously unrecognized species that only occurs along the Pacific Coast. The genetic analyses conducted by Schumacher while she was at UNCW were instrumental in determining that the two species appear to be reproductively isolated from one another. The newly uncovered species was given the common name “Humboldt’s flying squirrel” in honor of the famous geographer and naturalist, Alexander von Humboldt.