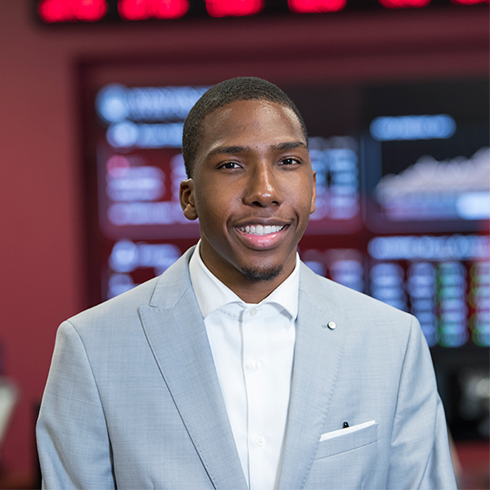 In 2017, the finance major completed a program at Harvard Business School, finished a summer internship at one of the nation's leading wealth managers, and managed an endowment fund that has outperformed many professionally-managed funds.

Edwards, originally from Capital Heights, Maryland, is on his way to his goal of running his own asset management company. His ultimate goal: to be the next Warren Buffett.