Shearon Brown’s philosophy in being a good mentor boils down to two words:

“Kindness shows students that we care,” said Brown, a professor of computer science at North Carolina A&T University. “It opens them to positive influences. It causes a struggling student to have hope, and for a motivated student, it gives them direction. In the computer science department, we develop an atmosphere that’s conducive to mentoring.”

Angelica Willis, a junior from Greensboro majoring in computer science, has been mentored by Brown and the relationship has been beneficial to both, resulting in an impressive list of accomplishments by Willis.

“Mentoring has been a key ingredient in my success,” Willis said. “Mentors have pointed me in the right direction, given me letters of recommendation and helped me go after opportunities.”

Willis’ 4.0 grade-point average is impressive enough, but it only scratches the surface of what she’s already accomplished as an Aggie.

Her achievements are being recognized on a national scale. She’s the first North Carolina A&T student to be named a University Innovation Fellow at Stanford University, one of only 150 students chosen from 52 colleges and universities across the country. The program is designed to help student leaders increase campus engagement with innovation, entrepreneurship, creativity and design thinking. The program is operated by Epicenter, which is funded by the National Science Foundation.

She also was named a White House HBCU All-Star and an inaugural Apple HBCU Scholar with two other Aggies. The Apple award includes $25,000 and will allow her to intern with an Apple employee for three months, as well as visit the company’s headquarters in Cupertino, California.

“Professor Brown encouraged me to apply for the University Innovation Fellowship at Stanford,” said Willis, who has had internships with NASA and Bank of America. “Mentorship opens a lot of doors for you to go above and beyond, and get the most out of your years in college.” 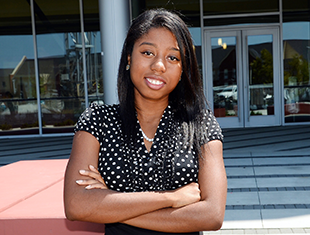 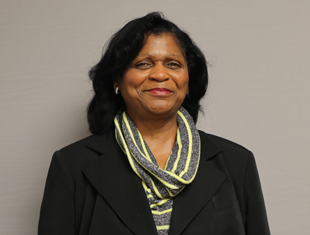 Shearon Brown (Right) says faculty mentors try to give students like Angelica Willis (Left) as many opportunities as possible, be it teaching assistantships to working on faculty research projects.

Brown, who was Willis’ academic advisor in the latter’s freshman year, said she saw something in Willis early on.

“I could see then that she had so much potential,” said Brown, who also serves as undergraduate program coordinator for her department. “She wanted to embrace new ideas. She’s a very easygoing person to mentor. She set out to get all she can out of the college experience.”

Willis likely benefitted from a mentor-student relationship more than most, since she was home-schooled from first grade through high school. So she was used to being in a one-on-one teaching environment.

When entering North Carolina A&T, Willis knew she wanted to work in a STEM-related field, but was deciding from such disciplines as architecture and ecological forecasting.

“I was thinking about industries that were incorporated into STEM,” she said. “That’s when I decided on computer science. You can use it in building a spacecraft, studying architecture, mapping the human genome. Computer science can help revolutionize the world.”

Revolutionizing the world is what Willis hopes to do once she graduates from North Carolina A&T. She wants to go to graduate school to study computer science further.

“I eventually want to be a system engineer,” she said. “I want to help make groundbreaking technology that will affect the technological advancement of all mankind.”

Brown said all of the mentors at the university try to engage in a similar approach to the one Brown and Willis have. Brown said faculty mentors try to give students as many opportunities as possible, be it teaching assistantships to working on faculty research projects.

“In the computer science department, we’ve developed an atmosphere that’s conducive to mentoring,” said Brown, who noted that 20 percent of undergraduates in the department are working with faculty members on research projects. “We try to create a warm, friendly atmosphere. We want to be approachable and have an open-door policy.”