The late Leo W. Jenkins, who led East Carolina University from 1960-1978, and Chapel Hill businessman and philanthropist Thomas S. Kenan III are the 2014 recipients of the University Award, the highest honor given by the Board of Governors of the 17-campus University of North Carolina. 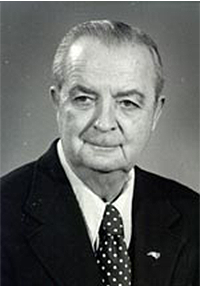 During the evening, tributes to Jenkins and Kenan were offered by ECU Chancellor Steve Ballard and UNC School of the Arts Interim Chancellor James Moeser.

Over the next three decades, Jenkins led ECU’s transformation from a teacher’s college to a university, strengthened every facet of its academic programs, enhanced its athletic programs, and presided over phenomenal growth in the size of the student body, faculty, facilities, and campus footprint.

During Jenkins’ tenure, ECU’s strong programs in education were joined by emerging programs in business, the fine arts, the sciences, and the health sciences.  Graduate programs followed. Along the way, Jenkins firmly established ECU as the focal point for progress in the East and pushed relentlessly for more equitable distribution of state resources for the region.  To that end, he spearheaded the long and sometimes contentious campaign to have a four-year medical school established at ECU.  The advances in medical care his efforts made possible and the educational transformation he facilitated not only changed the face of the institution, but also altered the economic future of eastern North Carolina. 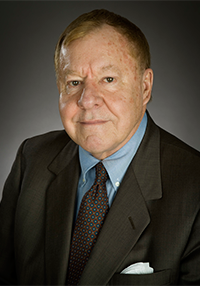 Few families have been so intertwined with the long history of the University of North Carolina as the Kenans.  In 1793, James Kenan became a founding trustee of university at Chapel Hill, and for more than two centuries, Kenan family members have continued to support faculty, programs, and facilities across the Chapel Hill campus and UNC system. Today, Tom Kenan is one of the University of North Carolina system’s most generous and loyal supporters.

A tireless advocate for education, the arts, and history in North Carolina, Kenan has been a devoted volunteer and benefactor to many institutions of higher education in the state, including several UNC campuses.

At UNC-Chapel Hill, he has supported the Wilson Library and its Southern Historical Collection, the renovation and performance program endowment  of Memorial Hall, as well as the Department of Music, where he established the Kenan Music Scholars Program.  He has served on the UNC-Chapel Hill Board of Visitors, the Kenan-Flagler Business School’s Board of Visitors, the Arts and Sciences Foundation Board of Directors, the Advisory Board of the Institute for the Arts and Humanities, and the Ackland Art Museum Visiting Committee.

In the 1960s, Kenan was a strong and convincing advocate for the creation of the North Carolina School of the Arts (now the UNC School of the Arts).  He served on UNCSA’s board of trustees from 1969-85 and continues to serve as an honorary trustee.  A member of its Board of Visitors since 1985, he also is a member of UNCSA’s Giannini Society and Founders Society and served for many years on the UNCSA Foundation board.

UNC-TV presents a video profile of the life of Leo Jenkins.