Charlotte attorney John Fennebresque, a partner and vice chairman of the McGuireWoods law firm, will serve as the next chair of the UNC Board of Governors, the policy-making body of the 17-campus University of North Carolina.  His two-year term begins July 1.  In addition, Asheville attorney Louis Bissette was elected to serve as vice chair of the board, and Kinston pediatrician Joan Templeton Perry was elected board secretary.  The new slate of officers was elected by acclamation today during the Board’s regular June meeting. 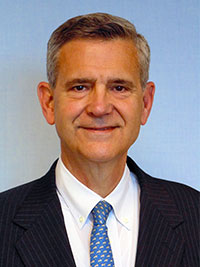 Under North Carolina law, the UNC Board of Governors is responsible for the planning, development, and overall governance of all affairs of the state’s public university system, including determining the functions, educational activities, and academic programs of each campus.  Its 32 voting members are elected by the NC General Assembly for four-year terms. The board also elects the president, who serves as the UNC system’s chief executive officer and spokesperson, as well as all campus chancellors.

Chair-elect Fennebresque served on the Board of Governors from 1995-99 and rejoined the board in 2011. He currently chairs the board’s Committee on Personnel and Tenure and also serves on its Public Affairs Committee. 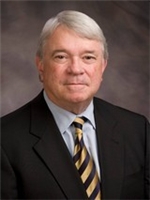 Elected to the Board of Governors in 2011, Bissette currently chairs its Committee on Budget and Finance and serves on the Audit Committee.  He previously was tapped to chair the Board of Governors Academic Review Panel.  President of the Asheville law firm McGuire, Wood & Bissette, he is a graduate of Wake Forest University, the UNC-Chapel Hill School of Law, and the University of Virginia Darden School of Business.  A former mayor of Asheville (1985-89) he has held senior leadership positions in the Asheville Area Chamber of Commerce, the I-26 Corridor Association, and the Blue Ridge Parkway Foundation.  A former member of the Western Carolina University Board of Trustees, he is a current trustee at Wake Forest University.

Elected to the Board of Governors in 2013, Perry serves on the Committee on University Governance and the Audit Committee.  A graduate of UNC-Chapel Hill and the UNC School of Medicine, she practices with Kinston Pediatric Associates and is chair of the Department of Pediatrics at Lenoir Memorial Hospital.  She also is an adjunct assistant clinical professor of pediatrics at East Carolina University’s Brody School of Medicine and the UNC School of Medicine.  An ardent supporter of quality childcare, she serves on the NC 7th Congressional District Advisory Committee on Medical and Health Affairs and is a former member of the NC Child Daycare Commission and the UNC-Chapel Hill Alumni Association Board of Directors.  She is active in a number of civic and community organizations and health initiatives. 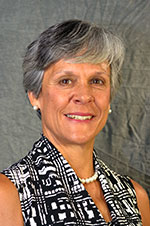 The oldest public university in the nation, the University of North Carolina enrolls more than 220,000 students and encompasses all 16 of North Carolina’s public institutions that grant baccalaureate degrees, as well as the NC School of Science and Mathematics, the nation’s first public residential high school for gifted students. UNC campuses support a broad array of distinguished liberal-arts programs, two medical schools and one teaching hospital, two law schools, a veterinary school, a school of pharmacy, 11 nursing programs, 15 schools of education, three schools of engineering, and a specialized school for performing artists. The UNC Center for Public Television, with its 11-station statewide broadcast network, is also under the University umbrella.