Dr. William A. Sederburg of Asheville, a former Michigan state senator and university president who retired as Utah’s Commissioner of Higher Education, will become interim chancellor of the University of North Carolina at Wilmington on August 1.  Appointed today by UNC President Tom Ross, Sederburg will succeed Chancellor Gary Miller, who on Monday announced that he is stepping down July 31 to become chancellor of the University of Wisconsin-Green Bay.  Miller will work closely with Sederburg and President Ross to help ensure a smooth transition in leadership. 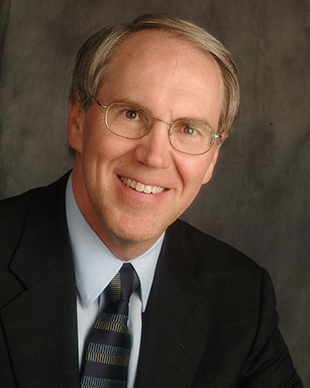 In announcing Sederburg’s appointment, President Ross said:  “Bill Sederburg has enjoyed a long and distinguished career in public service, always with a focus on public higher education.  He is known and respected throughout the nation as a skillful administrator and an expert on education finance and policy, institutional leadership, and facilitating university change.  I can think of no one who is better qualified to lead UNCW during this time of transition, and I am grateful that he has accepted this assignment.  The campus will be in very experienced and capable hands in the months ahead.”

Sederburg is looking forward to this latest opportunity to lead.

“I am excited about the opportunity to serve UNC Wilmington as interim chancellor,” said Sederburg.  “UNCW is already known for its academic excellence, creativity, and commitment to students and the community, and I want to help continue that upward trajectory.  I have friends who love the area, and I am eager to get acquainted with UNCW’s faculty, staff, students and supporters. One of my goals is to position the university to attract outstanding candidates for the position of permanent chancellor.”

A Nebraska native, Sederburg received his bachelor’s degree from Mankato State University and later earned master’s and doctoral degrees in political science from Michigan State University.  After completing a postdoctoral fellowship, he joined the staff of the Michigan House Republican Caucus (1975-78), serving as director of research and programs and then as its executive director.

In 1978, Sederburg was elected to the Michigan State Senate, serving in the legislature until 1991. For seven years of his 12-year tenure, he chaired the Senate Subcommittee on Higher Education Appropriations.  He led the effort to get Midwestern states to form the Midwest Higher Education Commission, an organization similar to the Southern Regional Education Board.   From 1989-91, he served as inaugural chair, working to enhance inter-state cooperation in higher education.

From 1994-2003, Sederburg served as president of Ferris State University in Michigan, a regional state university that enrolls more than 12,000 students and offers professional doctorates in optometry and pharmacy.  Under his leadership, the campus improved its fiscal health, expanded academic programming, improved enrollment and retention, and made numerous capital improvements.

From 2008-2012, Sederburg served as Commissioner of the Utah System of Higher Education, which includes eight degree-granting two- and four-year public institutions and enrolls 173,000 students.  As the system’s chief executive officer, he helped mitigate further reductions in state funding for higher education and facilitated a strategic planning and policy development effort to boost college completion rates and promote economic development in the state.  The State of Utah and Board of Regents established a goal of having 66 percent of Utah residents attain some form of post-secondary education by 2020.

After retiring as Commissioner, Sederburg was named a Senior Scholar with the American Association of State Colleges and Universities (AASCU), an organization that represents 430 regional state colleges and universities, including UNCW.  In that role, he currently chairs a national task force focused on making higher education a state policy priority.

In addition to his work with AASCU, Sederburg has served on numerous state and national committees and task forces on higher education issues.  He is a frequent speaker and presenter and has written widely about facilitating university change; institutional, political and policy leadership; education finance and policy, and health policy.

Sederburg currently serves on the board of the UNC Asheville Foundation and is assisting a leadership group devising an economic plan for Asheville.  He and his wife, Joyce, a retired school psychologist, have two adult children.

The UNCW Board of Trustees will later be asked to form a search committee of trustees, faculty, students, and alumni to help identify a permanent successor to Chancellor Miller.  Sederburg has informed President Ross that he will not be a candidate for the position.   The Board of Trustees will forward a slate of at least three finalists to President Ross for consideration.  The new chancellor, upon nomination by the President, must be elected by the UNC Board of Governors.