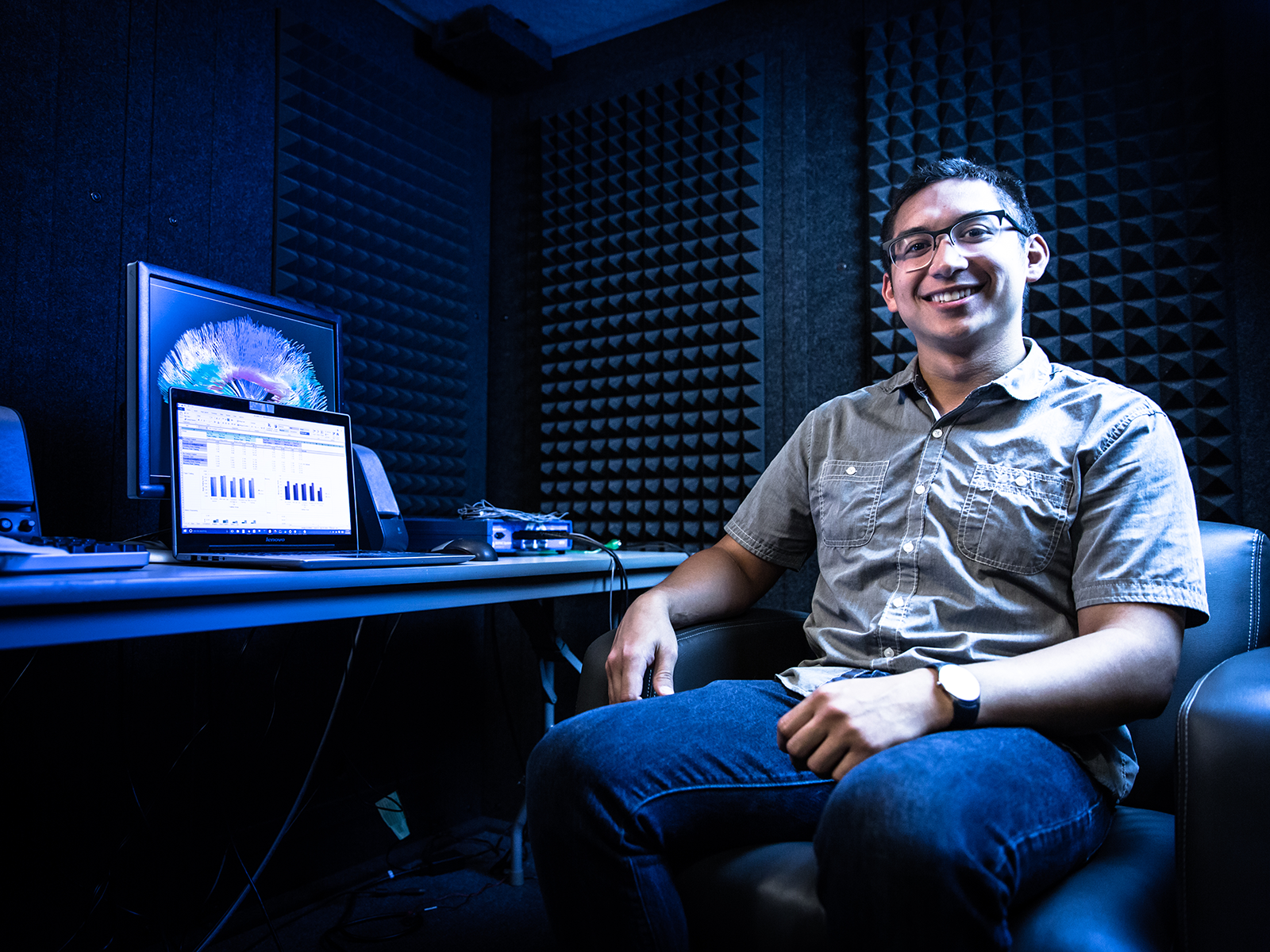 Brain-training products are a billion-dollar industry. However, one UNC Asheville psychology student has some bad news about brain training programs: they’re not making us any smarter.

For the past two years, senior Elliot Nauert has been conducting undergraduate research on the effectiveness of cognitive training. He presented his findings at the 30th Anniversary National Conference for Undergraduate Research, which was held on UNC Asheville’s campus in early April.

“We wanted to look specifically at Lumosity, since that’s the most popular one,” Nauert said, “and then also compare it to doing things like Sudoku or crosswords regularly. From the beginning of the six weeks to the end of the six weeks, overall, everyone got better at the tests -- a little bit better; it was a very small effect. But none of the training groups did any better than any of the other ones.”

Nauert and his faculty mentor Patrick Foo, associate professor of psychology at UNC Asheville, said they were surprised by the results based on the initial literature review.

“We built the project from scratch,” Nauert said. “Our advisors gave us what we should be looking for, but we decided what tasks we should be using to test participants, how to organize the whole study, reading the background literature. Since I’ve been with it from the beginning, I take on kind of a managerial role by keeping things organized and cohesive from one student to the next.”

Developers and marketers have claimed that brain-training games can help users perform better at work and in school, and reduce or delay cognitive impairment associated with age and other serious health conditions.

“We found some results that were really counter to what Lumosity was claiming,” Foo said. “When he first got those results we were really puzzled. We thought that maybe we were doing the experiment wrong and whatnot.”

However, recent events seem to corroborate Nauert’s results. In January 2016, the Federal Trade Commission ordered Lumosity to pay a $2 million to settle deceptive advertising charges for its “brain training” program, according to a press release.

Based on his research, Nauert said engaging in some sort of cognitively stimulating or challenging task might improve your intelligence a little bit, but you’re not really doing yourself any extra favor by paying for game-based programs.

Nauert will be continuing his studies at the graduate level at North Carolina State University, where he will be part of the human factors and applied cognition program. Nauert said the mentorship that Foo has given him has been invaluable, especially when it comes to conducting research.

Foo praised his experience working with Nauert on undergraduate research and throughout his undergraduate career in the psychology department. He noted how Nauert took on additional leadership responsibilities for the project, and how those skills will serve him in the graduate program.

“At the end of the program now, he’s coming out with an experiment that he thought up himself and we worked on it together, and actually made it happen,” Foo said. “Even though it’s a small experiment it shows him a blueprint of what he needs to do to be successful in the future. He’s going to go do great things.”