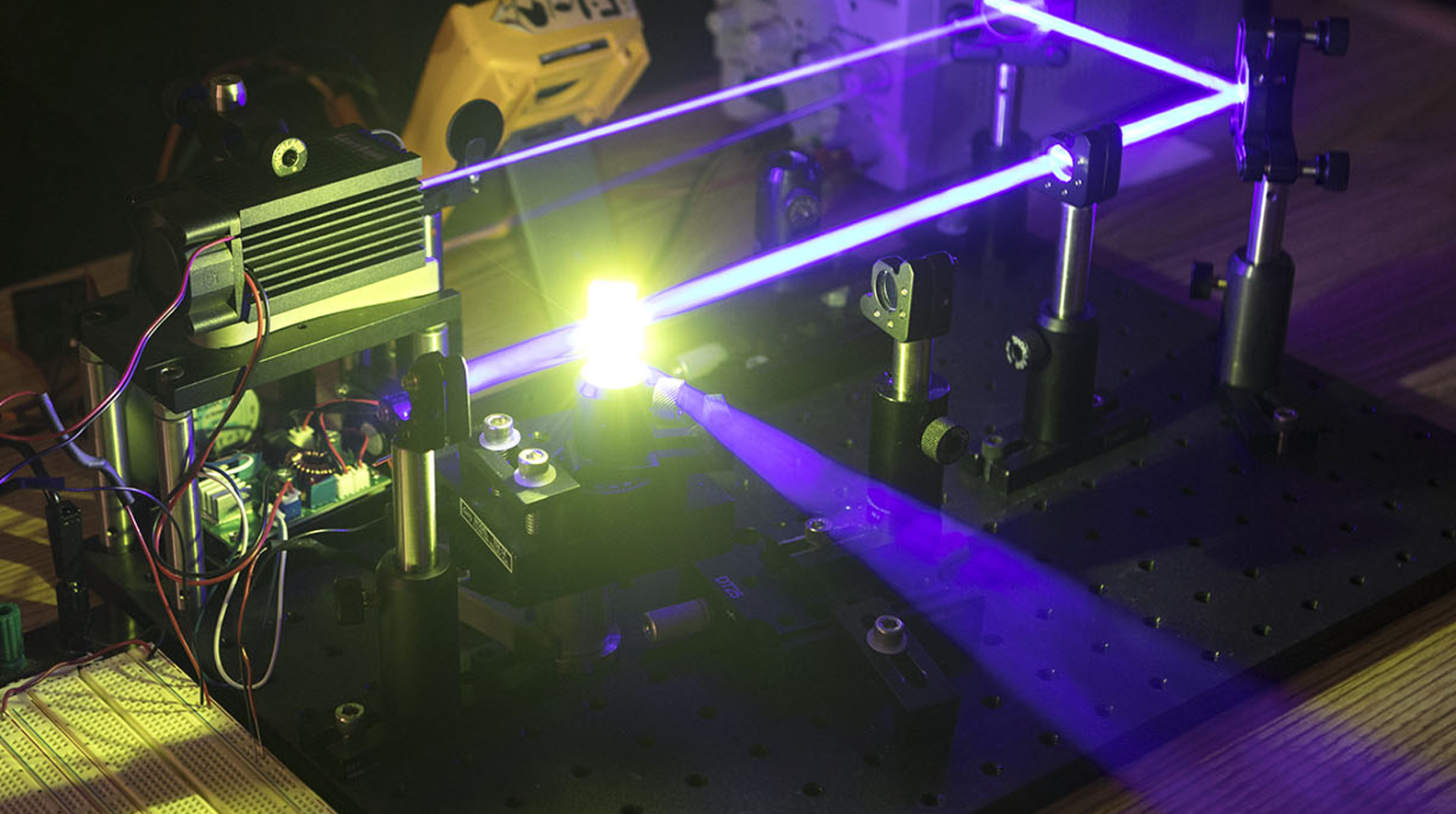 A taste of science: Appalachian team creates an edible laser

Dr. Lauren Woods and a team of undergraduates from Appalachian State University want to bring lasers out of the realm of Star Wars weaponry and into the home for practical use. In fact, the laser Woods’ team is developing contains turmeric, which can be eaten when lasing is finished.

“I thought it was a neat idea to combine everyday things with technology that’s growing in popularity,” Woods said. “A lot of people associate lasers with weapons, and they’re not just used for that. They’re household items. We want to make them less of a mystery.”

"A lot of people associate lasers with weapons, and they’re not just used for that. They’re household items."

Woods, a lecturer in Appalachian’s Department of Chemistry, has spent the last year working with her co-advisor on the project, Dr. Brooke Hester, assistant professor in Appalachian’s Department of Physics and Astronomy, to develop an edible laser that helps prove her point. The team expects to have the system lasing by the end of the spring 2018 semester and ready for public demonstration by spring 2019.

The project was one of 11 student projects nationwide to win a 2016-17 Marsh W. White Award from the American Institute of Physics’ Society of Physics Students. These awards support projects that promote an interest in physics among students and the general public.

“This project started out as more of a fun thing,” Woods said. “We developed it into a project we can take out to the public so that we can show what a laser is.”

"This project started out as more of a fun thing, ..."

“Lasers are very important and are widely used in medicine, telecommunications, astronomy and many other applications,” Hester said, “but not many people understand them or how important they are.”

When students presented their work in progress at a recent conference, she said many people stopped by to get a closer look at the project.

Several components, including mirrors, a laser pump, an optical cavity and a breadboard, compose the edible laser created by Lauren Woods and Brooke Hester, faculty within the chemistry and physics and astronomy departments at Appalachian, along with undergraduate students Jose Salazar and Jack Griffin. Photo submitted, labeling by Troy Tuttle

Woods and a friend started developing an edible laser when Woods was a postdoctoral candidate at the University of Wisconsin in Madison. Woods brought some of the components of the laser with her to Appalachian and proposed the idea to the university’s Physics and Astronomy (PandA) Club, which Hester advises.

At Appalachian, the team experimented with such edible materials as vitamin B-2, beet juice, tonic water and turmeric, a plant in the ginger family.

Hester said the PandA Club’s goal is science advocacy and community outreach. They host several demo shows, a laser graffiti booth and a laser maze at Appalachian’s STEAM Expo as part of the annual statewide North Carolina Science Festival, and participate in demonstration shows each year at local schools and on Appalachian’s campus.

Jose Salazar, a senior from Wake Forest who is double majoring in math and physics at Appalachian, worked with fellow student Jack Griffin on the project. Griffin, a senior physics major from Waxhaw, said the chance to work on a project with professors and learn something new appealed to him.

“The thing that excited me most about this project was the chance to get hands-on experience with optics,” Griffin said. “I’ll take this knowledge with me to whichever career I choose and will know that it’s had a strong influence in making me a better physicist.”