"Our plan is a focused, disciplined roadmap for the UNC system."
Margaret's Blog

A selection of news clippings, articles and media showcasing the work of the UNC system under President Spellings

A listing of scheduled appearances and addresses open to the public

A variety of photographs available for download and media use

Nationally known as an education thought leader and public policy expert, Spellings most recently served as President of the George W. Bush Presidential Center in Dallas, Texas, where she planned, managed, and implemented programs on economic growth, education reform, global health, and special initiatives focused on women and military service.

Spellings previously served as President and CEO of Margaret Spellings & Company and as President of the U.S. Chamber of Commerce Foundation, where she directed an aggressive competitiveness and workforce-readiness agenda and offered strategic guidance to a number of philanthropic and private sector organizations.

Spellings brings to UNC extensive experience at the highest levels of the United States government. From 2005 to 2009, she served as the U.S. Secretary of Education, overseeing the creation of the Spellings Commission Report on Higher Education, which recommended a national strategy to guide colleges and universities in preparing students for the 21st-century workforce, and implementing No Child Left Behind Act (NCLB), a national bipartisan initiative to provide greater accountability for the education of 50 million U.S. public school students. From 2001 to 2005, she was Chief Domestic Policy Advisor for President George W. Bush.  Before her service in the White House, Spellings was senior advisor to then-Governor Bush of Texas, led governmental and external relations for the Texas Association of School Boards, and held key positions at Austin Community College and with the Texas Legislature.

Spellings is a graduate of the University of Houston, where she earned a bachelor’s degree in political science. She also received an honorary doctorate and Distinguished Alumna Award from the university in 2006.

If you haven’t already, we highly encourage you to read Thursday’s OpEd piece by UNC System President Margaret Spellings. While Spellings points out significant accomplishments at UNCW, she is very frank about a critical problem for our region and elsewhere across the state -- overall, our workforce does not have the level of education that employers require.

UNC System making progress but there’s more work to do

It was nearly 60 years ago that leaders from Charlotte College hosted the first official gathering on their new campus. Just as the big kickoff began, the weather turned and rain forced everyone to find cover in the biggest room available — an old barn.

Margaret Spellings just marked two years as president of the University of North Carolina system. She came into office amid sharp criticism and protests over her appointment. Spellings says those critics have fallen by the wayside and she's out to highlight her successes as president thus far.

The Perils of Trashing the Value of College

In 1829, as the North Carolina legislature debated an expansion of public schooling, a concerned citizen dispatched a letter to The Raleigh Register. "Gentlemen, I hope you do not conceive it at all necessary that everybody should be able to read, write, and cipher," he wrote. Such luxuries might be defensible for future lawyers and doctors, "but if a man is to be a plain farmer, or a mechanic, they are of no manner of use, but a detriment."

As longtime engines of economic growth and civic progress, our state’s public universities are retooling to do just that. Since our nation’s founding, North Carolina’s public universities have delivered a transformational education for some. Today, we must do the same for many, many more in a way that is more convenient, accessible and affordable for all.

State of the University Address: Fayetteville

Remarks to the North Carolina State Board of Education

State of the University Address: Wilmington 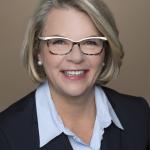 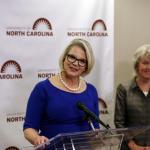 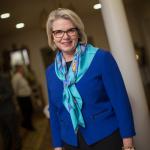 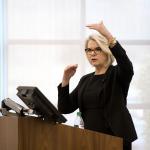 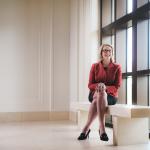 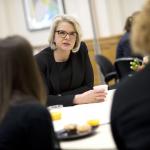 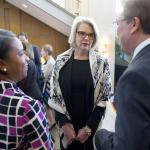 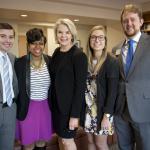 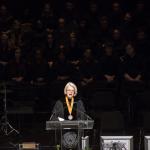 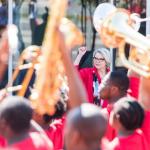 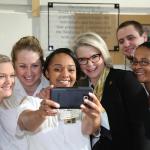 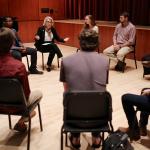 *- The Official Bio and Official Headshot of Margaret Spellings on this webpage, https://www.northcarolina.edu/unc_president_spellings, is available for reuse under the terms of the Creative Commons Attribution-Sharealike 3.0 Unported License and the GNU Free Documentation License (unversioned, with no invariant sections, front-cover texts, or back-cover texts).